TAKE TEN CASTING, has made its mark in the entertainment industry and is recommended by some of the top casting directors in Johannesburg. In the last 7 years it has landed over 2000 featured jobs as well as supplying hundreds of extras. It is a unique casting agency because 90% of its artistes between the ages of 5 - 18 years attend the Helen O’Grady Drama Academy in Johannesburg North East. . We have enjoyed success nationally and internationally with clients including the BBC, SABC, MNET, and NBC. In 2012/13 we had featured roles in local TV series including The Wild,Generations, Tshisa and High Rollers. International credits include the BBC series Wild at Heart and Strike Back 2.We are very proud that 5 of our drama students are featured in “ Long Walk to Freedom” (starring international actors Idris Elba and Naome Harris)due to be released in Dec 2013.The lead role in the film "Four Corners", directed by Ian Gabriel is one of Take 10 child artists. Recently, we have had our drama children featured in international films, Salvation, The Perfect Lie and Blended. The agency is not restricted to just children so all ages from 0 years to 100 years can apply!
THE PRINCIPAL
TIM HULSE

TIM HULSE BA (HONS) ACTING
Tim trained at the Guildhall School of Music and Drama graduating with a BA (Hons) in Acting in 1997. He then went on to act professionally for the next few years - touring Europe in several theatre productions including A Clockwork Orange and Twist and Shout (a play about the life of the Beatles). He was also on a children’s television programme call the Teddybears which ran for three seasons. He then spent the next few years in the business world working as a Sales and Marketing Manager – he ended up working for one of the largest franchise businesses in the UK. In the last few years he has found his passion for acting again and appeared in several local plays – one of which he took to the Edinburgh festival in 2010. Tim married a South African in 2005 and in May 2011 they moved to Johannesburg where he is very excited to be able to combine his love of drama with his business background by opening a Helen O’Grady Academy.

Tim has been running the Jo'burg South Academy for three years when the opportunity to take over the NE came about.
OUR FEES
1 Student: R750.00 per term (Approx. 10 Weeks same as the Government school terms)
2 Students: R1350.00 per term
3 Students: R1980.00 per term

Students joining once the term has started will pay pro rata.

Please email or call the office to check availability in the class. 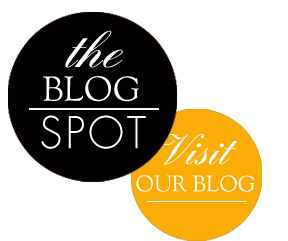 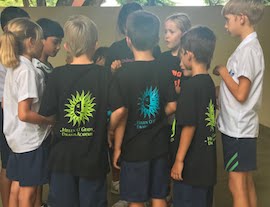 Principal Adila Budullah shares the secret to a successful child

We live in an exciting world of technology where computers abound in most homes and schools, where many children have become more computer literate than their own parents and schools have large bud... 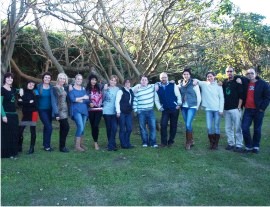 Every year Principals from the Helen O'Grady Drama Academy attend the Principals Seminar. The Academy is well known for its professionalism and this comes through good training and development. Al... 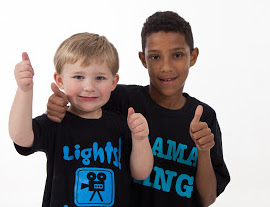 20 years On In BLOEMFONTEIN and Drama Keeps Changing Lives!

Drama classes WILL change your life. The Helen O’Grady Drama Academy is celebrating is 20th year in South Africa and nearly 40 years of operation worldwide this year. We have b... 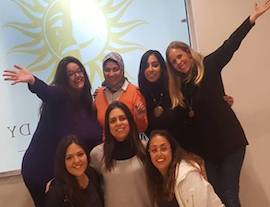 Due to amazing demand, our Cairo Academy is running one morning and one evening class for adults in public speaking. These classes are great fun and we endeavour to create a positive atmosphere. A...